Under the Linden Trees 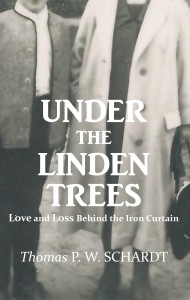 Born behind the Iron Curtain in 1955, Thomas Schardt had very little say in how his life would be. The government dictated his every move with little resistance from Thomas or his family: work, home, career, and schooling were all in the hands of the East German republic. As Thomas developed from a boy into a man his discontent grew as well. Was his future to be a tiny insigniﬁcant cog in the giant wheel of the overbearing Communist machine? Little by little, Thomas took control of his own destiny. In the face of threatening government ofﬁcials, the scorn of his family, his own crippling self-doubt and the sexual and emotional abuse of his lover, Klaus, Thomas escaped a harrowing relationship and fought his way to a dream career and a life of personal freedom. Against the backdrop of war, poverty, the gay sexual revolution and the terrifying onset of the AIDS epidemic, Thomas Schardt tells a coming-of-age story that you’ll never forget.