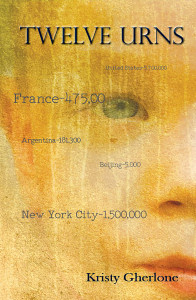 A horrible crime committed against a young girl and her mother in the 1800’s begins a life-long hatred towards an entire population of people. Magdalena will stop at nothing to make sure they are wiped from the earth forever, even if that means using her own strange child as a weapon. In the present, Greta is a mother desperate to find an answer that will explain her son’s behavior. At three years old, Bastian cannot speak, preferring to babble instead, and is prone to violence and seclusion. Kelly, a foreign language major working as an interventionist, is called in to help. She discovers that Bastian is not babbling, but speaking in an ancient forgotten language. When the past meets up with the present it will be up to Kelly to try and stop a force she never knew existed.