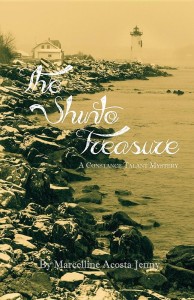 Japan’s Sacred Mirror, the Yata no Kagami, goes missing during the Russian-Japanese peace negotiations in Portsmouth, New Hampshire, in 1905. Was it stolen?  Was it even real? Or was it an exquisite forgery? The mystery remains concealed and unsolved for 100 years, until papers left by an itinerant Portsmouth man wind up in the hands of a curious nun. The scrawlings reveal clues for solving the mystery and recovering the ancient treasure. But who will find it first? The sister and her crime-solving cohorts, Samurai of the Imperial Guard of Ise, or the ancient sinister Cabal that schemes to rule Japan?