The Dogs of War: Unleashed 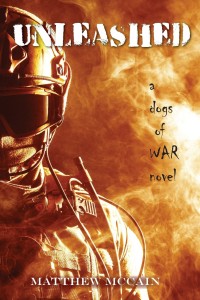 After years of delay, Ray Gagnon has finally entered retirement after successfully transitioning his black ops team over to his son-in-law, Johnny Torque. With his dark past in the rearview mirror, Ray begins to adapt to a normal life. But when Torque and his team are taken hostage by a vicious mercenary group, Ray is forced out of retirement and thrust back into action to save his former teammates before a wave of destruction is unleashed upon the nation. Jam-packed with action, laughs and thrills, author Matthew McCain returns to form with this standalone sequel that will have you guessing and on the edge of your seat until the very end.

Matthew McCain is the author of six books. His recent works include Just Under Nine and The Dogs of War. He lives in Hooksett, New Hampshire where he’s currently working on his seventh book.