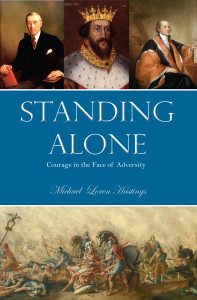 History affords us with many examples of individuals of principle who were either alone in their efforts or were part of a decided minority. They may have found themselves separated from the majority due to propinquity or circumstance, or they may have placed themselves in such position due to deep-seated beliefs, or an occasioned wisdom, or even just bad luck. But they stood, and because of that they will always stand the test of time. They knew they would fall victim to what Lincoln referred to as “positive Enmity.” No doubt many of them were familiar enough with human nature to have cause for alarm and to know in advance that their actions would cost them everything; yet they chose to follow the right path anyway.

This is their story.