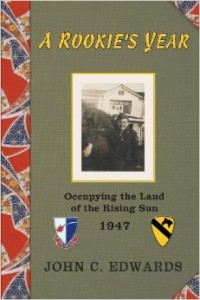 Immediately after the end of our war with Japan the US Army wanted to bring worn-out Pacific veterans home quickly. To replace them and carry out the American occupation the Army continued its draft, shortening the mostly teenage recruits’ basic training from seventeen weeks to eight. John Edwards was one of the young men who were rushed through the program and loaded onto boats bound for Yokohama. His camp was sixty miles north of Tokyo. His battalion’s usual complement of three hundred men had been reduced to eighteen enlisted men and a few officers. Here is an inside view of the creative and disciplined way General MacArthur handled a powder keg situation — and the stories of several propaganda-influenced young Americans who found themselves, after insufficient training, occupying a strange, ancient, and exhausted land.