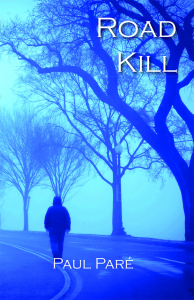 The first thing Claude and Ray tell each other is that they are running away, grown men running away from home. The two New Englanders meet on the Savannah waterfront in 2007. They quickly form a bond of reliance, although neither knows much about the other. Claude, the hitchhiker, doesn’t reveal his secret. Since he was a boy, he has known when evil is lurking around the corner. He’s caught the glint of sheer malevolence, more than once aimed at him, in the eye of a killer. Ray, the principal of a junior high who’s been closeted all his life, starts frequenting rest areas where gay men hang out. His world crashes when he is apprehended in a police sting operation. That very night, he packs his bags and hits the Interstate, leaving career and family behind. Both men are headed south for the winter and when in Savannah a few days before Christmas, they acknowledge their loneliness. They embark on a coalition of purpose, not unlike a set of railroad tracks: parallel, never connecting. In South Florida, their lives become intertwined with panhandlers, drag queens, dumpster divers, church ladies on a mission, and squatters in a hurricane-devastated trailer park. Road Kill is the ultimate trek into the unknown, with several seriously dark twists and scarce amounts of hope and redemption.