My Chernobyl: The Human Story of a Scientist and the Nuclear Power Plant Catastrophe 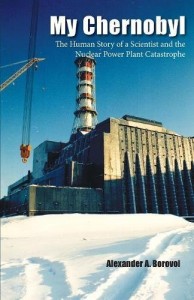 The devastating accident at the Chernobyl Nuclear Power Plant in Ukraine, then part of the Soviet Union, occurred on April 26, 1986. On April 29, Alexander A. Borovoi, an atomic physicist with the Kurchatov Institute in Moscow, was ordered to Chernobyl to help measure and control the release of lethal radioactive materials. He stayed for twenty-three years. In My Chernobyl, first published in 1996–at which time, the Russian magazine New World called it the best work of journalism for that year–Borovoi writes of his first two years at Chernobyl, when the initial response to the catastrophe was as a rule heroic, but unfortunately, not always effective.

Although My Chernobyl touches on technical aspects of dealing with the uncontrolled release of radioactivity from the damaged nuclear reactor, Borovoi tells stories–sometimes humorous, sometimes chilling–of people charged with different aspects of the cleanup, as well as some who were directly affected by the tragedy.

Told in an engaging style, My Chernobyl is a personal and unforgettable story of an international crisis. Borovoi’s calm, levelheaded, and human responses to both the original meltdown and the problems created by ill-founded attempts to manage the disaster contain lessons for our world today, as new crises continually loom on the horizon.