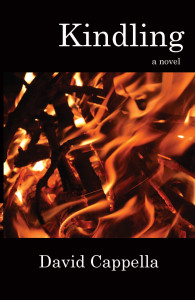 Bullied in school, the brother of a rebellious sister, without real friends, and stifled by an overbearing father – these incendiary ingredients have ignited 15-year-old Zeke Titcomb, a full-fledged pyromaniac. He has terrorized the small town of Chaldea, Maine by torching his high school to the ground. And the town will never be the same. But the high school is only the beginning. Zeke’s unsuccessful attempts to set the adjacent Junior High School on fire and the neighboring Walloomsac High School strain the efforts of the authorities, desperate to find the culprit, but not before Zeke has further traumatized the townspeople with a burning spree. Zeke, now incarcerated in the Portland Youth Center, isolated and sulky, withdraws. Dr. Elizabeth Proctor, his appointed psychologist, convinces him to begin writing in a journal. Something strange happens – Zeke begins to open up. In it, he gradually reveals the events that led up to the fires, his feelings about life in Chaldea, and the family anxieties that burden him. Zeke immerses himself in his journal. Only when his parents allow two staff members from his old high school, a former English teacher and the school librarian, to help him work on his writing, does Zeke begin to catch a glimpse of what he has done and who he is.