Leo 1: The Enemy Within 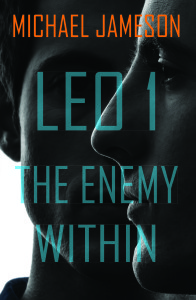 His name is Mark Allen Royce, but he is known at the Peterson Prison Pychiatric Unit as Guard 978. After returning from a forced leave of absence, 978 begins his night shift to find that everything is not as it seems. There are new people he doesn’t recognize, and even the people he thought he knew are acting very, very strangely. What unfolds in a single night is a paranoia fueled action adventure that will remind readers of such classics as Invasion of the Body Snatchers, early Doctor Who, and the novels of Philip K. Dick. Strap in, keep your weapon handy, and trust no one. The madness is just beginning…