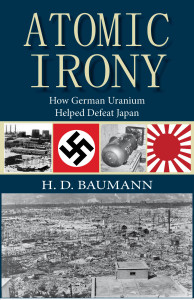 There can be no doubt that the mysterious cargo coming by submarine from Nazi Germany was “weapons grade” metalized U 235 enriched Uranium, also called Uranium Oxide UO2 which was emitting very dangerous gamma rays.

During World War II, Germany had the motive, the means and the opportunity to produce enriched U238.

Germany had available thousands of tons of Uranium ore and access to the rich Uranium mines in Czechoslovakia. Their scientists invented the high-speed centrifugal enrichment process, the only efficient means to relocate isotopes and enrich uranium at that time.